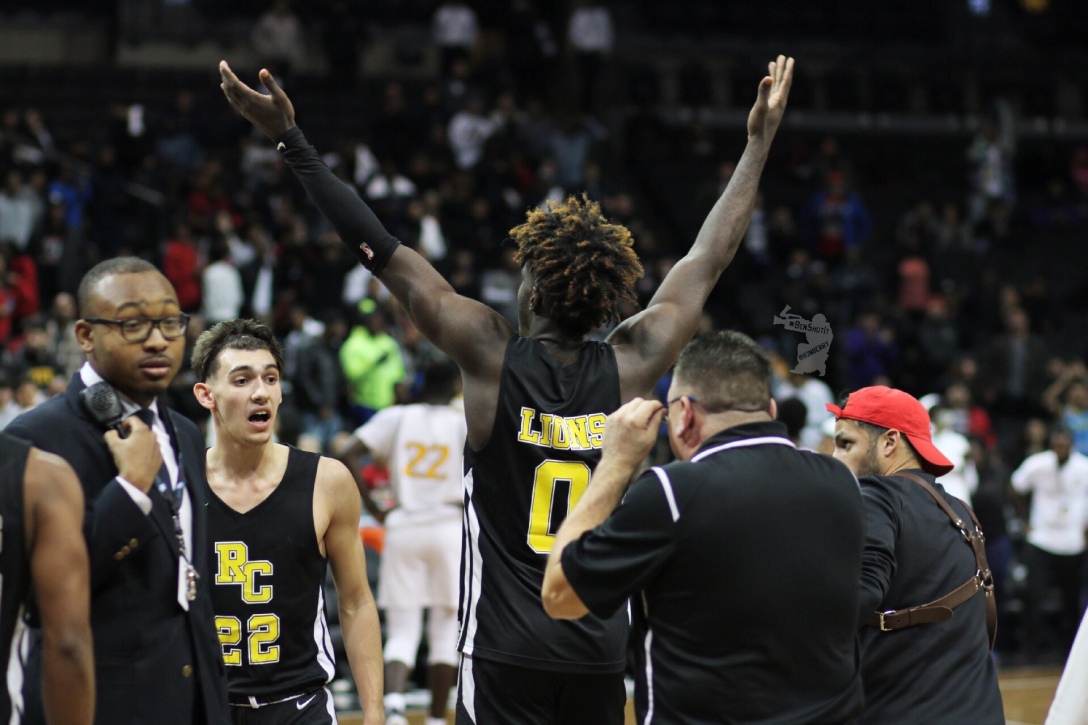 Last week we got out foster to see the Lions play at Barclays arena as they defeated Our Savior Lutheran 75-74. In that game, we saw what we expected from stars such as Khalil Whitney and Josh Pierre-Louis, but we also got introduced to some other players who will be making an impact this season.

6-4 senior guard Colby Rogers went off for 25 points in the comeback win against OSL at the Kyrie Invitational on December 17th. Rogers is a player who can score at will and provide instant offense for his team when needed. Rogers performance proved that he is also one of the most critical players on this Roselle Catholic team.

Khalil Whitney an ultra-athletic 6-7 wing who committed to the University of Kentucky put the team on his back in the win over OSL. To get back to the TOC, they will need a lot of big games from him as well as others. Josh Pierre-Louis, an athletic point guard who is a great on-ball defender, make the lions one of the most dangerous teams in New Jersey and the nation. 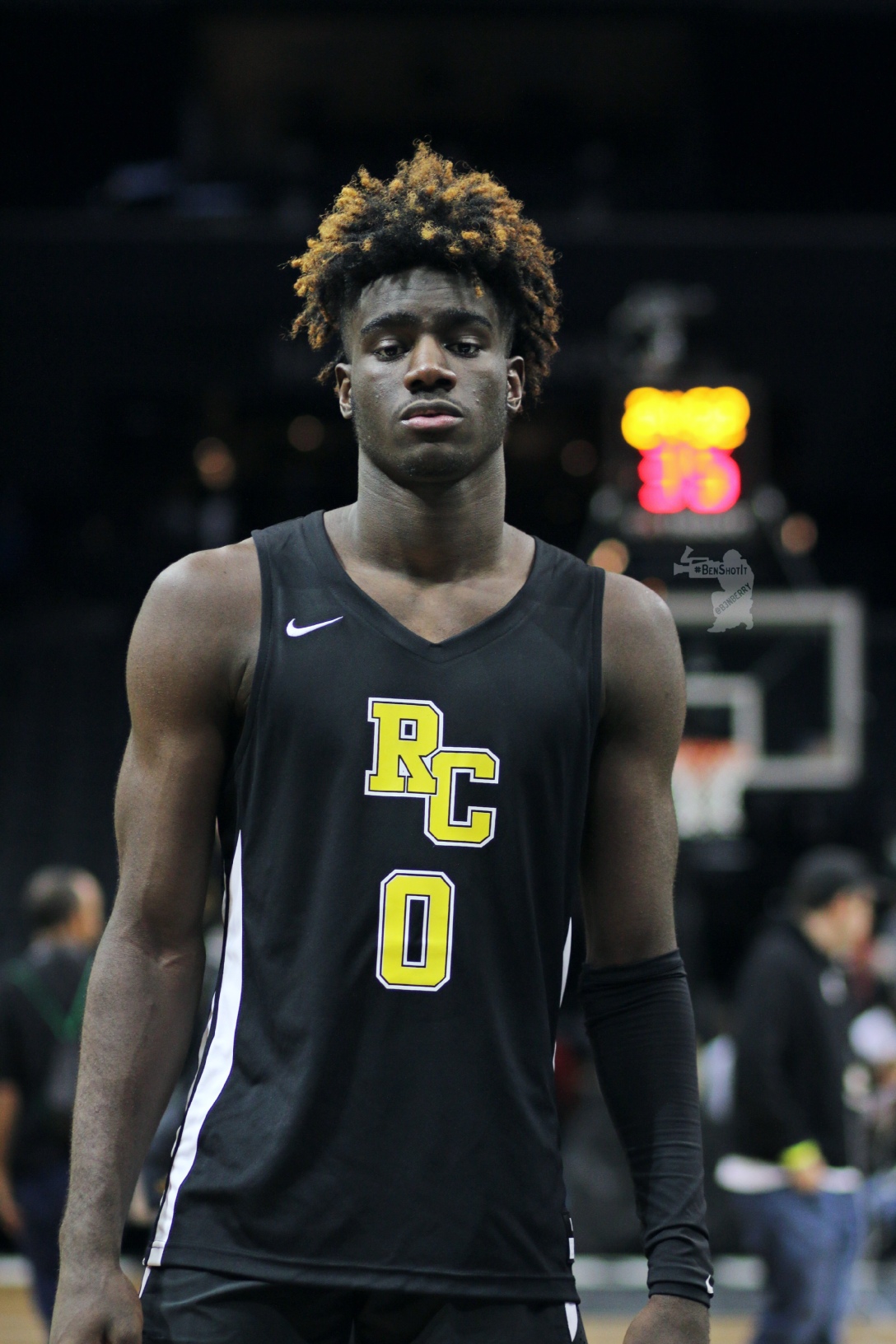 Khalil Whitney had a big second half against OSL last Monday at the Kyrie Invitational. Photo Credit: Ben Berry/ Ben Shot it

Cliff Omoruyi is one essential addition for the Lions after playing his sophomore year at Immaculate Conception High School. The 6-10 big man gives the Lions a much-needed presence in the frontcourt. Freshman Corey Floyd Jr. and junior Richie Greaves are some other players

January 13th vs. Archbishop Stepinac at the Empire Invitational

The Lions will make its return to NYC for the Empire Invitational on January 13th to go up against defending city and state champion, Archbishop Stepinac.

January 17th vs. The Patrick School

A rematch of the Union County championship game will bring out tons of fans the Celtics will look to avenge the loss to the Lions, but this game bragging rights for the best team in Jersey is at stake. If you know the history between both teams, you would want to be at this game 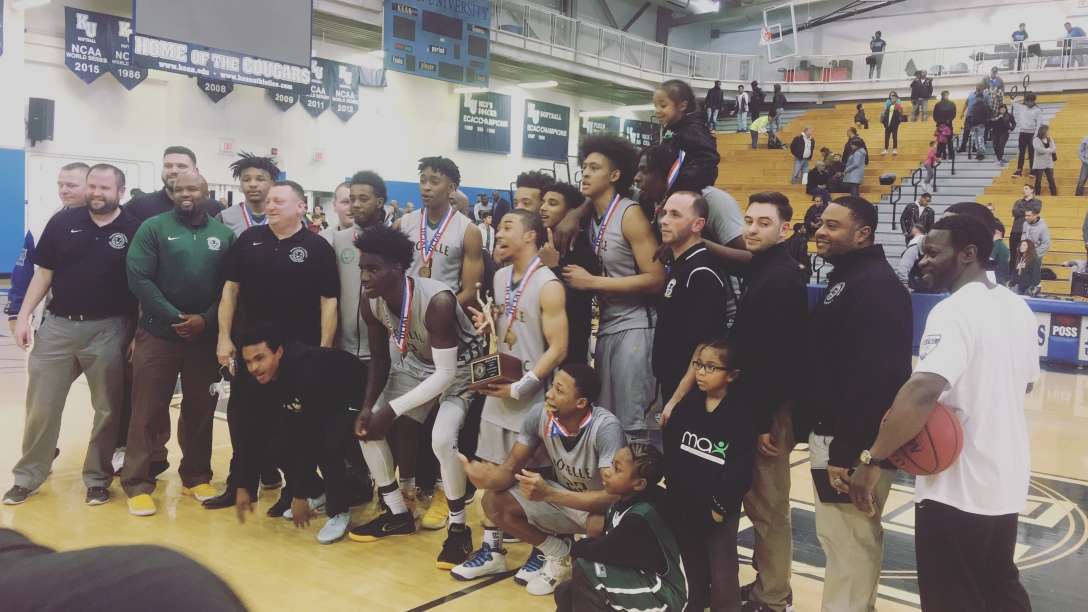 Roselle Catholic will be put to the test as they go up against a Norcross squad out of Georgia which includes 4-star point guard Kyle Sturdivant and 5-star shooting guard Brandon Boston. Georgia right now is a basketball hotbed, and many believe Georgia high school basketball is the best in the nation, so does New Jersey. The Lions will look to make a statement at one of the countries prestigious tournaments during MLK weekend.

Ranney vs. Roselle will be a rematch of the Non-public B state title game. This game will also be a matchup between two teams who are ranked in the top 25 in the nation. Ranney ranked No.12 in USA Today’s top 25 rankings led by the duo of Scottie Lewis, and Bryan Antoine will look for revenge against the Lions. The Lions will seem to prove that they are a force to be reckoned with. Ranney vs. Roselle is one game that will be a sellout.

February 9th vs. Montverde Academy at the Metro Classic.

The last time these two teams played each other at the Metro Classic, the Lions almost pulled off the upset until RJ Barrett carried the Eagles back to victory. This year the Montverde vs. Roselle game will mark the return of Precious Achiuwa a former St. Benedict’s player who currently plays with Montverde Academy. The matchup between them and the Lions is a must see.

The Lions are picking up from where they left off and are now the 12th best team in the nation with a record of 5-0. Getting back to the TOC is the Goal for the Lions, and at this point, there isn’t much that’s stopping them. There will be challenges ahead for the Lions, but with the roster they have, they are prepared for anything that comes their way.